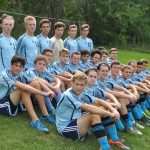 Saturday was Senior Day on the turf field at Lansing Catholic High School. 11 of the 18 seniors were able start the match versus Lansing Everett. Chuck Plaehn started things off early finishing off a long pass from Mike Hollis. The Cougars controlled the play throughout the first half, but then the flood gates opened 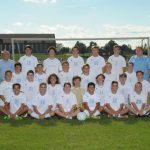 The Cougars hosted Ionia on Tuesday, September 27 and defeated the Bulldogs 2-0. Matt Plaehn scored the first goal, assisted by Jack Gonzalez.  The second goal came on a Grant Cotter assist to Jake Kenney.  The JV team mercied the Bulldogs 8-0, ending that game early. The JV continued its success Thursday, September 29, by 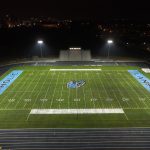 Thursday September 22nd the Lansing Catholic Cougar soccer team will play its first ever match on our new stadium field.  The junior varsity game will begin at 5:30 with the varsity match to follow at 7:00.  Tickets are $5 for adults, $3 for K-8 and free for seniors over 65 and pre-school aged children.  Concessions 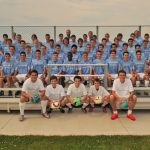 Across the globe soccer players use the phrase “Fair Play” to express their commonly held commitment to honoring the game by respecting both the rules and their opponents. That phrase took on new meaning for roughly twenty LCHS soccer families this past weekend as they were opening their hearts and literally opening their doors to

Soccer Team wins 1-0 over Haslett As is becoming customary for the Cougars Boys Varsity Soccer team, they were able to score early and hang on in the end to defeat a scrappy Haslett team 1-0. Matthew Benivegna recorded the shutout in goal. Haslett dominated the first ten minutes of the game, but the Cougars 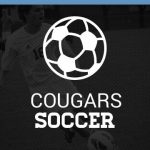 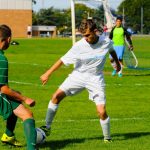 The rain stopped as the game began but the Cougars rained on Holt’s parade with a solid, if not dominating performance at times A first half goal stood up all game as the Cougars won 1-0. This team has size,speed and depth, all hallmarks of a team headed in the right direction. With a solid 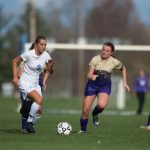 The girls varsity soccer team traveled to Williamston Wednesday evening to face their biggest opponent in the League. The Cougars determination and quality of play impressed the LCHS fans in attendance. Unfortunanelty, the game ended in a 0-4 loss. Goal keeper Olivia Poupard had 12 saves and Larisa Hurdis had 4 saves. The Cougars are 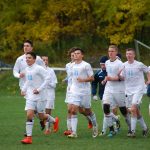 On a beautiful late fall afternoon in Grand Rapids, the Lansing Catholic boys soccer team returned Tuesdayfor the first time in four years to regional play in the state tournament.  Facing Paw Paw High School, the confident team from Lansing Catholic fell behind early and quickly had to find their footing against a speedy and skilled

No Events This Week

Events are added by athletic staff.
View All Events