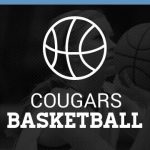 Highlights vs okemos Lansing Catholic trailed after the first quarter 10-6, then came out in second quarter with full court press and picked up intensity on defense. Cougars went up at the half 25-18. In the 3rd quarter Okemos came back tough making it LC 29-24 going into the 4th. The Cougars pulled away late

The Cougar got off to a fast start for the second game in a row and this time never took their foot off the gas and downed Eastern HS by a 51-12 score. The running game was on full display in the first half as the defense created turnovers that kept the offense is high

The girl’s JV hoops team moved to 2-0 on the year with a 59-26 win at Lansing Eastern. The Cougars fell behind 6-1, but recovered well to hold the lead after the first period. The second quarter saw the Cougars turn up their zone pressure against the Quakers, and race to a 37-14 halftime lead.

The girls basketball team opened the season last night at East Lansing and fell to the Trojans 63-52. The Cougars jumped out to an 8-0 lead as they ran the floor and executed their offense very well in the first quarter which ended with LCHS ahead 14-11. The second quarter saw East Lansing come alive

The Lansing Catholic girls junior varsity hoops team opened its season with a 56-36 win at East Lansing on Tuesday. Lansing Catholic jumped out to a 19-9 lead after one quarter, led by Maggie Jacobs’ seven points after just eight minutes. The two teams played relatively even for the second stanza, with the Cougars going into

Head Coach Kacee Reid and her varsity basketball team will board the bus tomorrow for the short trip to East Lansing High School to take on the Trojans on opening night of the girls basketball season! Tip off will be approximately 7pm. The Cougars have seven varsity players returning from the team that finished 4th

No Events This Week

Events are added by athletic staff.
View All Events